If there was one person who was the backbone of Gislingham Silver Band for over seventy years, it was Cecil Carter, a local farmer. Without Cecil’s generosity, perseverance, tenacity and determination the band would have folded on several occasions. 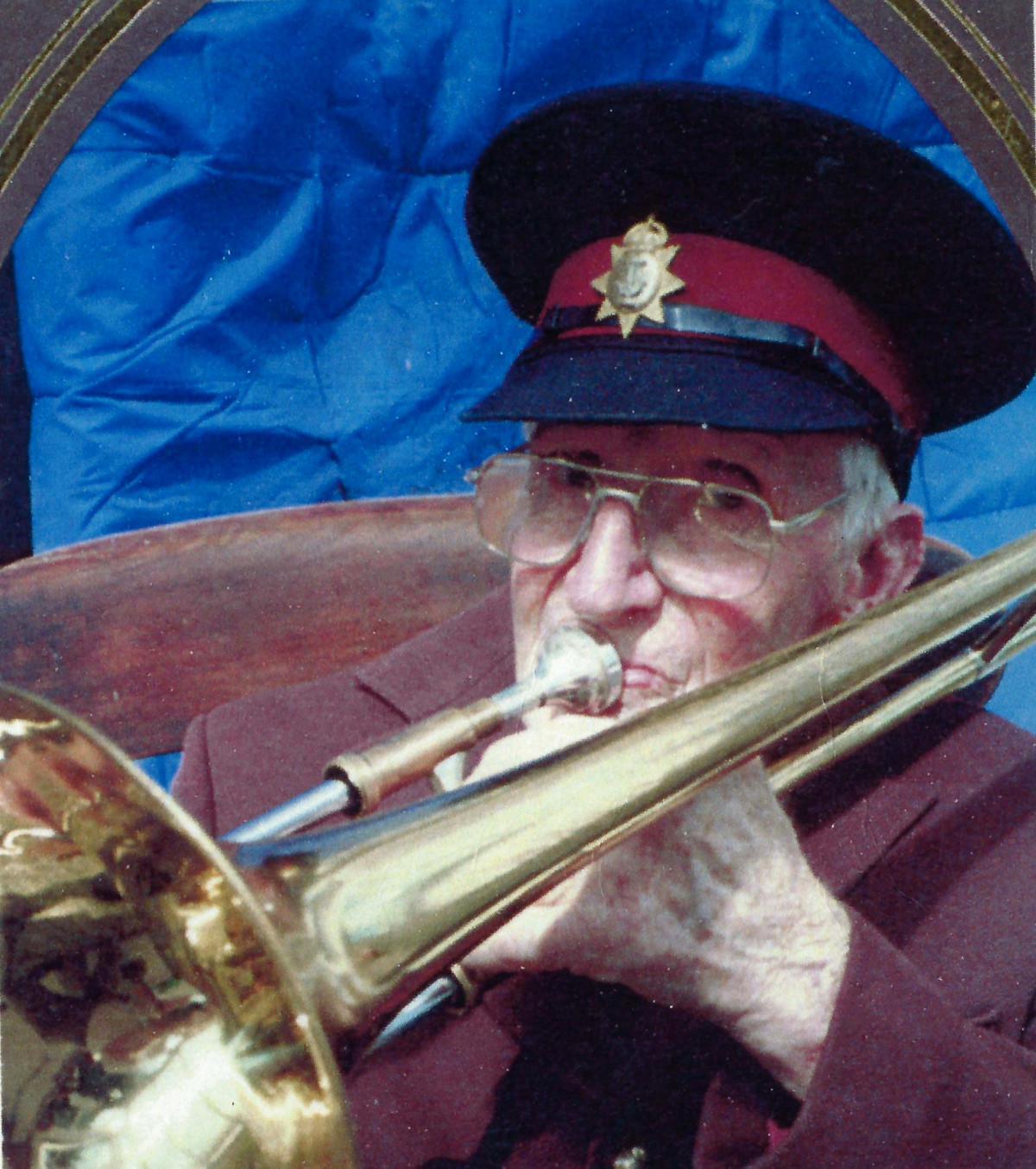 Cecil joined the Gislingham Brass Band in 1929 at the age of 16, because there was nothing to do in the village of an evening and he was keen on Lily Ruffles, whose father Joseph and brother Charlie ‘Puffer’ Ruffles were both members of the village brass band.

Cecil was earning ten shillings a week and he saved up three pounds and ten shillings to buy his first trombone, by mail order, from Boosey and Hawkes of London. Nobody else in the Band had ever played a trombone so he had to teach himself to play.

In 1932, at the age of 19, Cecil became the band secretary – a post he was to hold for nearly seventy years.

Cecil Carter was in West Suffolk Hospital for his 90th birthday. The band was given permission to play on the ward for him. Unfortunately he did not return home and died on the 25th May 2003. He was buried in his band uniform. 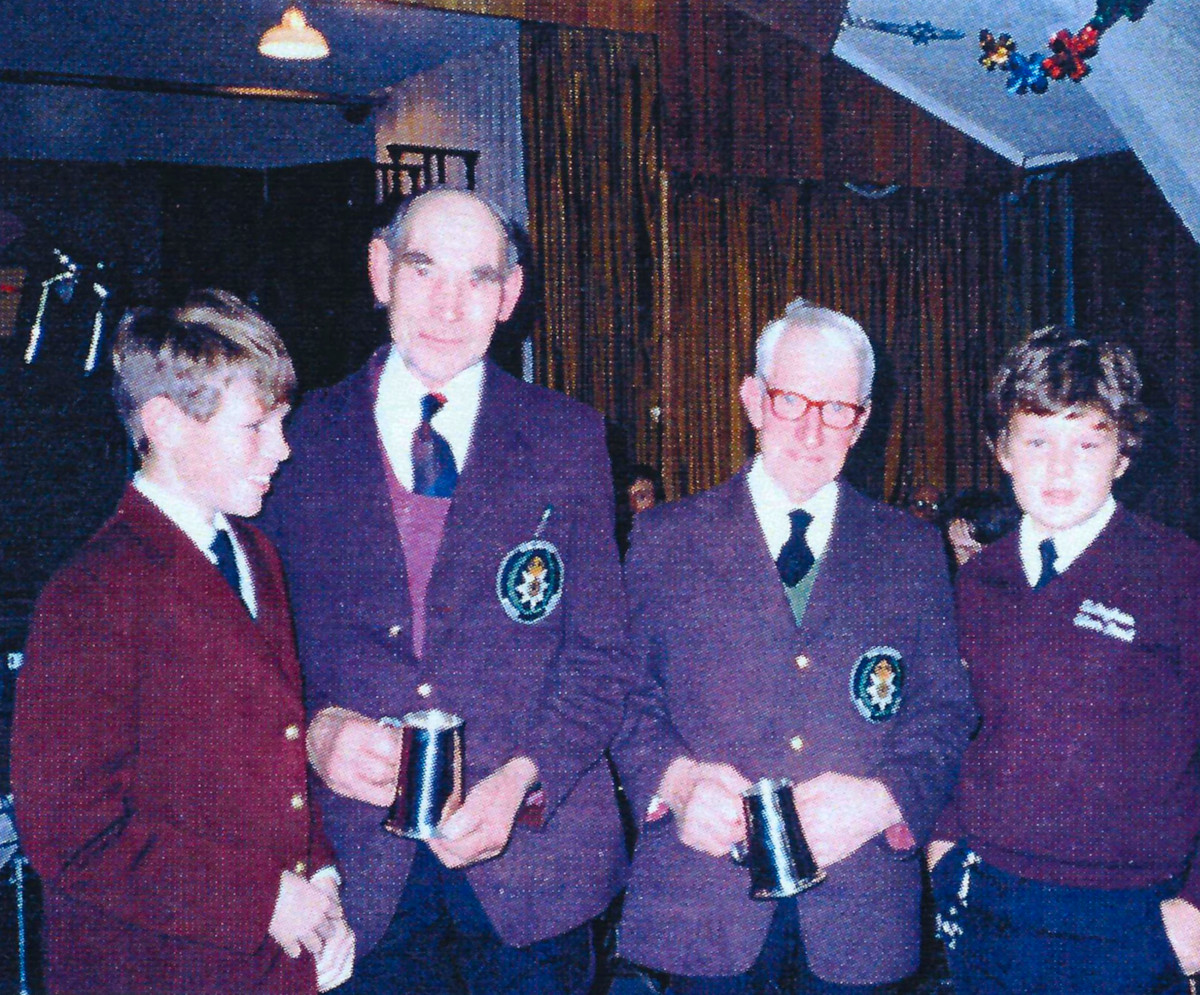 Cecil (3rd left) and Reg Pollintine being presented with cups for their loyal service to the band, by the junior members in 1983

Cecil summed up the band's history: "Over the years we have never been too ambitious. We have never entered the world of band competitions, but have achieved a great sense of satisfaction serving our village by enjoying what we play in the company of like-minded people. Our small Band Room too has been a great asset and our charges have remained realistic. Perhaps this is one of the reasons why we are still in existence."